Get fresh music recommendations delivered to your inbox every Friday.
We've updated our Terms of Use. You can review the changes here.

Playland at the Beach 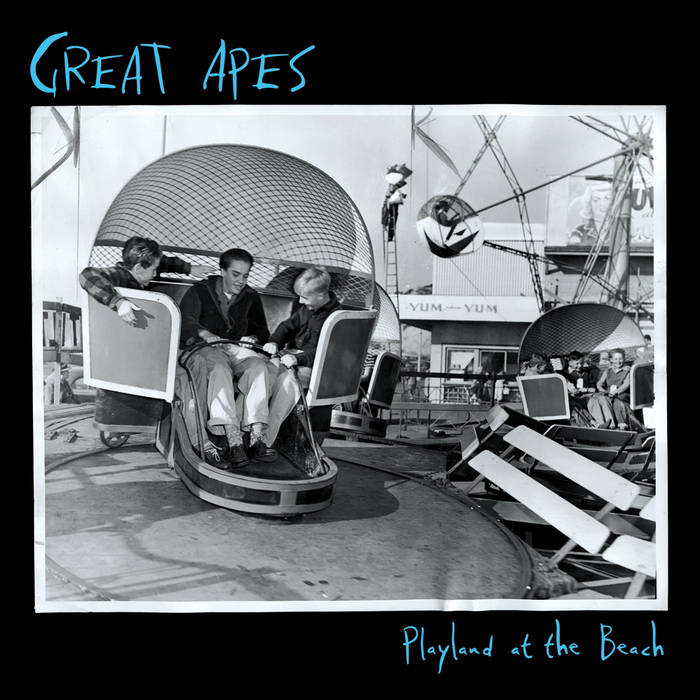 Playland at the Beach is conceptually built around San Francisco’s history, culture, and current state of rapid change, with each song being narrated from the perspective of a building or landmark.

Additional vocals were provided by Morgan Herrell.
Playland was engineered, mixed, and mastered by Jack
Shirley at Atomic Garden in East Palo Alto in June of 2014.

Romanticized version of the Dutch Windmill in
Golden Gate Park by Peter Glanting.
The image was used with permission.

Cover photograph was used with permission from the San
Francisco History Center, San Francisco Public Library.
Taken at Whitney’s Playland at the Beach in
San Francisco on November 26th, 1949.

Insert hype-up descriptors here. Plain and simple, San Francisco's Great Apes are a lyrical punk band. Music, much like a bio, is often at its best when it’s spit out intensely and quickly, with concision and honesty.